HE IS LYING; 3 evidence-based ways to spot a liar 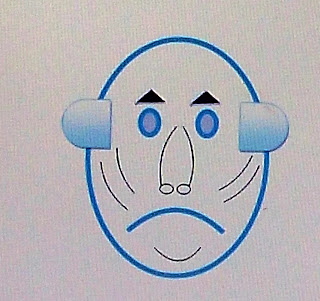 Spotting a liar has not been an easy thing. Lies are fabricated stories and the inventor has to rehearse and keep a conscious memory of them not to be caught. For the smart minds and thinkers, it is hard to make a lie unto them and get away with it. Previous studies had focused on reading the body language of a liar in order to establish their intentions like darting the eyes, nervous laugh, blushing cheek.

Related Post:
Cheaters Hub: When And Why Cheaters are More Likely To Cheat; study reveals

Here are 3-evidence-based ways in which one can detect a lie:-

Body movements- Giving a lie makes one uneasy, apprehensive, a feeling of guilt may pervade one mind and body movements becomes inevitable which makes the liar easy to detect. Even when one is conscious not to make any body movement there will be still those micro-movements or micro-expressions that give the game away. The ambiguity of this matter is that there are no universal specifications for body language when one lies but the liar will always act differently. People trained on lie detection may not listen to the credibility of what the subject has to say but may concentrate more on the body language and behavior change during interrogation. Body movements could harbor biasness especially when interrogating people from different regions or individual with certain repetitive behavioral tendencies.

Verbal cues- considering that body language may harbor some biasness and subjects can also master their mannerism to cover their lies, probing the subjects further on the issue at hand may help to uncover the lie. These may help uncover a lie using verbal cues:-

Be observant and watch down regulation of the subject confidence during the conversation. When the liar thinks is in control of the conversation they are more candid. Challenging their stream of thought in a different and clever way makes them feel like they are no longer in control and their confidence may diminish as more challenges comes along.

Eggs or No Eggs?

REFERENCES:
The best (and worst) ways to detect a liar- BBC. Address: http://www.bbc.com/future/story/20150906-the-best-and-worst-ways-to-spot-a-liar