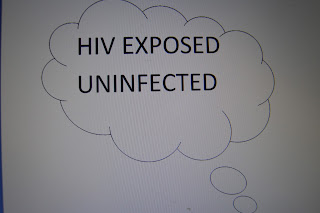 Talk about antibacterial therapy resistance and be sure you will not lose many minds in it. But this issue of HIV infection natural resistance still intrigues many scientific minds on the grounds that there is a small fraction of individual with natural resistance to HIV infection. This is still a subject under study to unleash more facts and aid in the fight against HIV/AIDS.

An exposure to AIDS causing virus results to HIV infection in majority of the population but there is a small fraction of individuals in a population who despite inherently being exposed to the virus remain seronegative. These individuals are called ‘exposed seronegatives’ or ‘exposed uninfected.’

Exposed uninfected is a phenomenon that have been observed to persist in commercial sex-workers, baby born to HIV seropositive mother, healthcare workers having incidental sharps injuries, having unprotected sexual contact with infected partner and hemophiliacs receiving HIV contaminated blood.

There are several factors that may account for persistent exposed seronegatives which may include:-


Common post: Breaking The Ice; 10 Reason Why Healthcare Professional May Be Terrible To Date