In the former blog, we featured 'what causes body odor' and found that it is non-harmful bacteria on the surface of the skin acting on sweat-producing odorous substances.

Let's see different ways of how body odor can be prevented or treated. 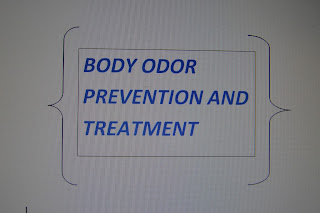 Warm water bath- taking a bath once a day is recommended. Keep in mind that a warm bath is necessary to kill bacteria on the skin. For individuals who sweat a lot, bathing twice a day will be a good idea in preventing and treating body odor.

Check on your diet- eating spicy foods, red meat, egg yolk, broccoli and broccoli sprouts on regular bases is associated with body odor. The idea here is not to stop eating such meals because your body needs them but to check on the frequency and also quantity of such foods in a meal.

Use of antiperspirants- they block sweat pores on the skin and help to reduce the amount of sweat that comes out to the skin surface. Antiperspirants have their own flaws as the have been linked to various forms of cancer.

Type of clothing- allowing the sweat to evaporate or get absorbed by the clothing we put on is an important element in the prevention of body odor. Put on clothing that absorbs sweat and allows the skin to breathe again to fend off bad body smell. Natural fibers like wool cotton and silk can help a great deal.

NOTE: Armpits are more prone to odor especially if the hair is not shaved. This makes sweat evaporate slowly creating more time for the bacteria to break down the sweat and more production of odorant substances.

Surgery- this is only recommended when self-care methods described above fail and body odor persists. Surgery aims at removing or destroying some sweat glands to reduce sweating and control body odor.

Body odor is unpleasant smell that human body gives out when non-harmful bacteria that lives on the surface of the skin breaks down fatty acids in sweat into odorant substances. Poor personal hygiene and an existing medical condition are two broad factors attributed to this phenomenon. Body odor is more common at the armpits, under the breasts, the umbilical region and the pubic region.

WHO IS AT RISK OF BODY ODOR?


Body odor is basically as a result of non-harmful bacteria on the surface of the skin acting on fatty acids in the sweat. There are several factors that can perpetuate production of these odorant substances like:-

Biological lineage- according to MedicineNet.com, 1/3 of the people suffering from body odor could have inherited genetic disorder like trimethylaminuria (TMAU) in which individuals have an off putting fishy smell. TMAU is excreted from the body via urine, breath, sweat and saliva.
Environmental condition- people who live in cold areas have fewer sweat glands hence less production of odorant substances as compared to those who live in warm or hot regions. Fewer sweat glands may be attributed to adaptation mechanism to cold climate. 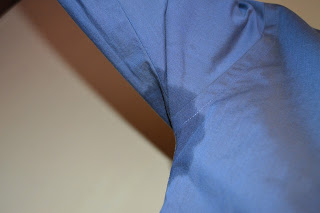 Obese individuals- people who are obese have high metabolic rates and are prone to excess sweating which makes them highly susceptible to production of odorant substances.


Medications- this may manifest as a side effect of some of the drugs prescribed by your Doctor. Asprin, antidepressants, antipsychotics and acetaminophen are some of the drugs with associated with excess body sweating and body odor production.

Hormonal variations- progesterone and estrogen can play a significant role in body odor. Hot flashes are commonly associated with excessive sweating and as a result more odorous substances are produced as the sweat is acted up on by the non-harmful bacteria on the skin. This is more prevalent in female.

Puberty- Girls and boys during puberty are active and experience significant hormonal variations in their bodies. On these grounds they are more predisposed to excessive sweating and body odor.


Medical conditions- having an uncontrolled diabetes mellitus may be the reason why body odor exists and persists. Ketoacidosis is a medical emergency in diabetes that can result in body odor production. People who have thyroid problems may also experience excessive sweating which can also be linked to bad body smell.

Interested Reading: What Your Handwriting Say About Your Personality And Personality Trait

Sweating is a vital biological phenomenon in which the body gets rid of waste products of metabolism but this can be a horrible experience if sweat is not taken care of. The fatty acids in sweat are acted up on by the normal skin bacteria into substances that release bad smell.

Stress is a biological way in which the body reacts to a challenge. During stress mode, the body mobilizes its own mechanism to return the situation to normal. First, there is an activation of the sympathetic nervous system which arouses and prepares the body for fight or flight in response to the stressor.[1]

BOOST AND SUSTAIN YOUR MOOD AND HAPPINESS

No one is immune to stress and as a matter of fact the things which push us more to the edge because of their demands can be used to define our success. It is the hustles in life that makes us prone to stress.


Yoga embodies the integration of physical poses, breathing technique and concentration of the mind into the present. It focuses on the alleviation of stress and negative emotions that have been the backbone of chronic diseases. [2]

Yogic have greater resilience to tension and emotional stress than non-yogic which prepares them to overcome daily life challenges and enhance recovery. The yoga disciplines bring a feeling of calm and relaxation brought about by parasympathetic nervous activation.

Graphology is the art of studying and analyzing handwriting. Analyzing handwriting has never been easy and may be done on the basis of criminal investigation like signature forgery, in dating for partner compatibility and potential employee selection.

As long as one is able to write using hand, graphologist is able to study and analyze it and draw conclusions about their personality though this may not be conclusive enough as handwriting may change according to the prevailing condition like a new pen, mood changes, the nature of writing material e.t.c.
In nutshell there are 4 personality types whose handwriting can be described as follows:-

Choleric- they are dumped as ambitious and full of enthusiasm. They believe in speed and are fast in what they engage in which makes them have a poor handwriting.

Sanguine- they are very expressive in what they do, like attention and approval from others people. This makes they have good handwriting.

Melancholics- dumped as loners and thinkers type. They linger much at details and have good analytical skills. They write in a complex manner and are very unpredictable in their handwriting.

Phlegmatic- are calm, quiet and relaxed type but they may be fearful, shy and lazy which makes them not well expressive in what they do. They tend to have small and neat hand writing.
People write differently and this may be pointers to certain traits of their personality.

Writing using big letters that go even beyond lines of a standard writing material may portray one as outgoing, attention seeker and tend to be confident in what s/he does.

On the other hand, people who write using small letters as compared to lines on a standard piece of paper are thought to have introverted and timid traits.

How one dots the i's is a sentence may also tell something about personality traits. Sanguine have very expressive and flamboyant hand writing and they may place the dot for the 'i' distinctively above the 'i.' People may circle or put a dash to their i's rather than putting a dot.

Circling is associated with child-like traits while putting a dash may portray one as overly critical.

Word spacing may also be of much value in eliciting personality traits of an individual. People who space their words closely like mingling with others while those who space words distantly like being alone, free and independent.

BEYOND ZERO CAMPAIGN; WHAT IT MEANS 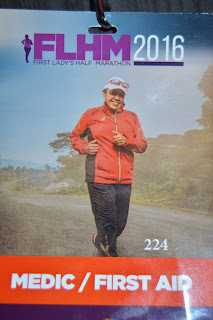 Am just from The First Lady Half Marathon which was flagged at Nyayo Stadium Nairobi. I attended the event courtesy of Avenue Rescue Services as a medic/First AID and stationed at Uhuru Park with an ambulance next to us ready for any medical emergency.

Beyond Zero Campaign Foundation with its slogan 'Inspiring Action. Saving Lives.' was spearheaded by Her Excellency Mrs. Margaret Kenyatta with an aim to promote maternal, newborn and child health in Kenya through grassroots mobile clinics.

Healthcare delivery in Kenya is challenge- orchestrated with majority of Kenyans not able to easily access healthcare facility where they can get quality care without discrimination.

HIV/AIDS continue to have a devastating impact and is one of the leading causes of death in the Sub-Saharan Africa. Beyond Zero Campaign targets to achieve zero new HIV infections as one of the action plans towards curbing the morbidity and mortality nature of HIV/AIDS. This agenda caught my attention as it rhymes well with the 90-90-90 target for HIV/AIDS care plan.

90-90-90 is an ambitious HIV/AIDS treatment plan which targets to bring and endemic end of this epidemic in 2020 by ensuring that:-
COMMON POSTS:
HIV Exposed Uninfected; 4 reason behind this phenomenon
He Is Lying; 3 evidence-based ways to spot a liar
Alcohol Blackouts- 10 avoidable risk factors

Overweight and obesity has been implicated with onset of wide range of chronic illnesses like Type 2 Diabetes Mellitus, High blood pressure, early onset of Alzheimer’s disease, Arthritis, different types of cancers and others.


A recent study published in the Quarterly Journal of Experimental Psychology at The University of Cambridge in U.K denoted that overweight and obesity has been associated with increased risk of cognitive decline as evidenced by poorer episodic memories of events by subjects who had unhealthy Body Mass Index (BMI) above 25.

This study involved subjects aged 18-35 years with BMI ranging between 18 -51. The subjects were then engaged in a mental challenge to hide items on computer screen for two days then they were probed to establish if they can recall which items they had hidden where and when.  (Treasure-Hunt Task)

Overweight and obesity has also been implicated with loss of brain mass (white and grey matter- which makes up neurons). Study findings noted that obese individual had the highest brain mass loss of 8% with overweight individuals having 4% brain mass loss as compared to those who had healthy BMI of 18- 25. The brain mass loss was noted at certain parts of the brain like:-

The structural modification of the cerebrum, hippocampus and the anterior cingulated gyrus had corresponding functional cognitive deficits with respect to the part of the brain involved.

Basal ganglia is involved in initiation and fine control of complex body movements. Loss of brain mass in the basal ganglia may result in uncoordinated and clumsy movement. Both parietal and frontal lobes involved in planning and memory with hippocampus playing crucial role in long term memory.

Diminished ability to form vivid memory of events may play a significant role in perpetuating the morbidity nature of obesity in the entire population and have a negative impact on health. Memory plays an important role in eating and since this is compromised to certain degree in obese subjects, they may not be at a position to regulate their eating tendencies.